Caterina Sforza stands out from other female figures of Renaissance history for the courage and determination with which she was able to venture into a political, military and male universe, characterized by fierce contrasts and insidious, unstable friendships. The documents, however, reveal a more feminine side of Catherine alongside the warrior, a woman with cultural and scientific interests, a passionate lover, and an affectionate mother. In her private life she devoted herself to various activities, among which experiments in cosmetics, medicine and alchemy, from the book “Experimenti della excellentissima signora Caterina da Forlì” (Experiments of the excellent Lady Caterina da Forlì).  The book contained four hundred and seventy-one recipes to fight illness and maintain the beauty of the face and body. These recipes provide an interesting window on the practices and customs of the time, as well as the state of 15th century scientific knowledge. The interest in cosmetics and alchemy stemmed from ancient traditions and foreign culture, particularly the workshops of the monasteries were custodians of these traditions, of the courts and the families themselves. Caterina devoted herself to her "experiments" with great dedication and constancy throughout her life, making her very competent in this field.  The proof of her competence is the enormous amount of correspondence she maintained with doctors and scientists, with the aim of having an exchange of "secrets" for the preparations. 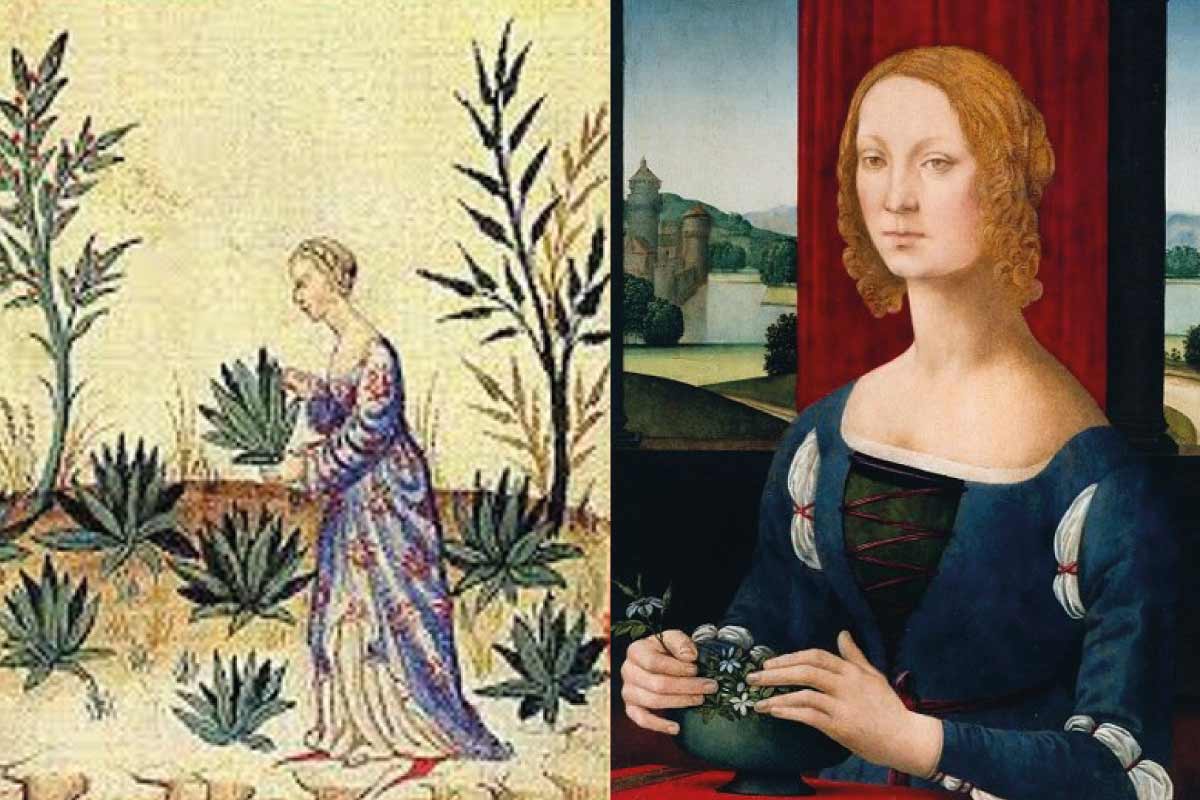